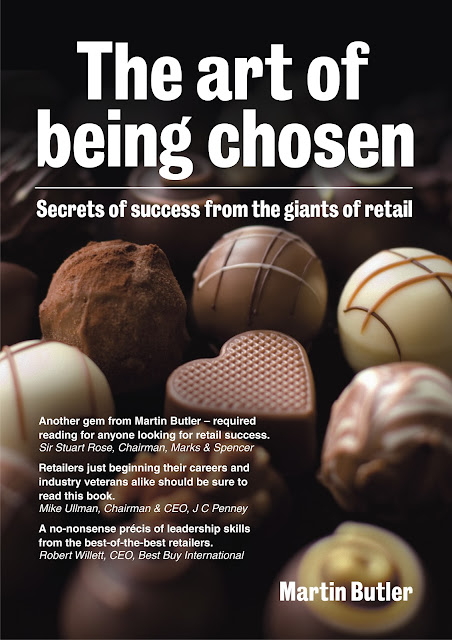 My second book is due to be published oct 2010.

The art of being chosen - secrets of success from the giants of retail.

Here is a list of the world-class retailers featured in this book:

The art of being chosen. Martin Butler


Intimately affecting the lives of everyone on the planet, retail is the world's largest business. But what does it take to be truly successful in this highly competitive and cut-throat arena? Face-to-face, Martin Butler interviewed nearly 100 of the world's most successful retail bosses and now takes you behind the scenes of their victories.

From New Zealand to New York, China to Cape Town, this ground-breaking book delivers extraordinary access to some of the biggest thinking from the biggest retailers including: Wal-Mart, Carrefour, Tesco, Macy’s, M&S and Starbucks.

This robust and exhaustive two year research programme has led Martin to identify six guiding principles for retailing success – no matter how large or small a retail business may be. From Aldo to Zara, this revolutionary book includes 55 easily digestible case studies, packed full of insight and innovation.

To thrive, retailers must look to establish a competitive edge. This book will show them how.

“This book is like getting the world’s leading retailers to help you run your shop...”


During a 30 year career in retail advertising and marketing Martin Butler has worked in many top international advertising agencies including the Grey and Saatchi networks. In the 1980s he became one of London’s youngest advertising agency owners by launching his own company, which he then built into one of the largest privately owned advertising & marketing groups in the UK. He has now sold his company but continues to run workshops on his books as well as lecturing and speaking at international conferences and events around the world. 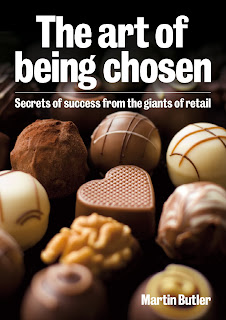